A Legacy of Service to Chandler Families Since 1933

Chandler Service Club is a 501 (c) 3 non-profit all volunteer women’s organization in Chandler, Arizona,  founded in January 1933. In the darkest days of the  depression, a group of eight women decided to do something about rampant hunger among school children. They joined together in their kitchens and cooked, delivered and  served meals to children who could not afford lunch.

Throughout the past eight decades Chandler Service Club has continued the tradition of community service and has responded to many needs within Chandler and the surrounding communities. Currently numbering nearly 100 members, the organization has initiated multiple programs and participated in numerous community-wide events. Projects — large and small — have touched people of all ages and backgrounds.

The mission of Chandler Service Club is to recognize and understand the strengths and needs of the community and to engage with the community through financial support and service commitments.

what makes us a special agency

get in touch with us

Chandler Service Club strives to address the problems associated with poverty; such as hunger, poor self esteem and low academic achievement. We serve the weakest among us: the helpless, the forgotten and those who fall through the cracks. Our programs seek to fulfill basic needs by: 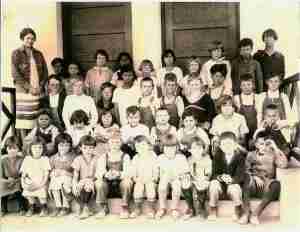 After 1933 the school lunch program expanded.  In 1937, a school cafeteria was built so that lunches could be prepared on-site.  Chandler Service Club continued to sponsor the program for twenty years which expanded to include lunches for all children in the Chandler School District, until the District gradually assumed the responsibility.

In 2013, Chandler Service Club returned to its roots and established a program that provides nutritious weekend meals for hungry Chandler school children. The Weekenders Food Program is currently providing nearly 600 bags of kid-friendly food each weekend during the school year for children in 23 schools within the the Chandler Unified School District. In 2015, the Weekenders program expanded to provide $15 grocery store vouchers for the Weekenders children to use over the school intersession breaks. 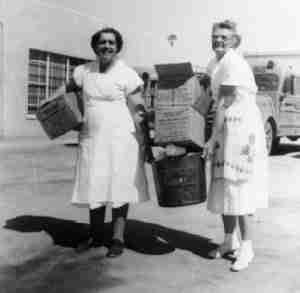 In 1984 the club was contacted by a school nurse in Chandler and told that there were children missing school because they did not have shoes.  Brothers who shared a single pair of shoes attended school on alternate days while the other stayed home.  Chandler Service Club responded immediately with new shoes for both children and others at the school who had worn and inadequate shoes. As the need for more shoes grew, the club established a program that provided vouchers for needy Chandler children to purchase a new pair of shoes from Payless Shoes in Chandler.

In 1990, Chandler Service Club was asked to provide jackets and sweatshirts to children who came to school unprepared for colder winter temperatures. There were children in double layers of t-shirts and wrapped in bath towels to stay warm. Once again, the club responded by collecting and delivering new jackets to the schools. The Warm Feet Warm Hearts program has provided thousands of pairs of shoes and hundreds of jackets to Chandler children in need in the past 27 years.

Since 1952, Chandler Service Club has awarded hundreds of thousands of dollars in academic scholarships for graduating high school seniors and adults returning to college who are residents of Chandler. The Jewel Lewis & Helen Pernell Community Scholarship Program has provided financial assistance to hundreds of individuals, especially those in difficult financial situations. Many have benefited from the club’s support as scholarship recipients are given the opportunity to pursue their dreams and educational goals. 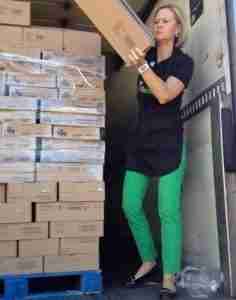 Since 1952, nearly 1,000  high school senior girls have completed Chandler Service Club’s Flower Girl Program, a year-long series of community service experiences,  self-improvement seminars and leadership opportunities. The girls are mentored by club members and volunteer at a variety of local organizations, agencies and schools.  As a whole,  former Flower Girls continue to be active in community service and charitable activities and have successful careers.